It has been four years since popular Christian rapper S.O. graced the stage for a live concert in London. All that will change in 2020 with the announcement that his first major concert and live album recording in the UK will take place at Freedom Arena on February 15th, 2020.

This homecoming concert will be S.O.’s biggest headline show ever! With a live band, full production and more years of experience, S.O. is set to take his stage performance to a higher level. This will be his only UK show in 2020.

Since its release in September, S.O.’s latest album ‘Augustine’s Legacy’ has accumulated over 5 million streams on Spotify alone. An album dedicated to his late father and first child, S.O. is no stranger to creating and crafting unique stories that resonate with people. Born in Nigeria and raised in London, S.O.’s music displays depth, emotional transparency, and melody. Now residing in Texas, S.O. and known for his energetic performances, S.O. has shared stages with Grammy Award-winner Lecrae, Grammy-nominated Mali Music, and Jonathan McReynolds, Andy Mineo, KB. He has also headlined shows in Africa, Europe, and America, and shows no signs of slowing down. With each of his albums reaching the Billboard Christian Charts and over 25 million streams, S.O. continues to go from strength to strength.

What is the Handling Charge for?

To ensure tickets are delivered safely and securely and to keep the price as low as possible for you, the ticket buyer, Level Tickets generally uses our E-ticket system unless otherwise stated.

For this service we charge a small Handling Fee to cover the debit/credit card processing fees, customer services, processing and distribution of tickets and our secure server costs. We always try to keep these costs to an absolute minimum. If you feel at any time that our prices are not fair or competitive we'd be happy to hear from you.

If you have ordered physical paper tickets there is a further Delivery cost added to cover the delivery of your order through the Royal Mail network.

We always endeavour to keep these costs as low as possible to merely cover the costs of postage. We only charge you one Delivery cost per order so if there is a big group of you recommend purchasing larger amounts in one order.

When you purchase tickets through Level Tickets, the full face value of the ticket is shown. This price is the price set by the event promoter and we pay this full amount to the promoter without any deductions. 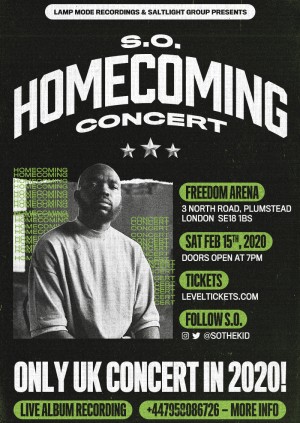