A resident of South Bend Indiana, Micki Miller grew up playing music since the age of 6 under the wings of a musical family in church services. She soon became the main keyboardist to her older brother, Grammy nominated Gospel Artist, Pastor Jonathan "YPJ" Miller.

Her talents have kept her active with collaborations, songwriting and production projects which includes her personally releasing five music projects since 2013. Her 2016 project Summertime Chi, reached number ten on the iTunes R&B and Soul Charts with public endorsements from Taraji P Henson, Quest Love & James Poyser of the Roots, DJ Jazzy Jeff and other signed and indie Artist.

The 'LIVE' album gives a musical insight into what plans to be a memorable introduction to the UK, check it out on https://mickimiller.bandcamp.com/album/micki-miller-live

What is the Handling Charge for?

To ensure tickets are delivered safely and securely and to keep the price as low as possible for you, the ticket buyer, Level Tickets generally uses our E-ticket system unless otherwise stated.

For this service we charge a small Handling Fee to cover the debit/credit card processing fees, customer services, processing and distribution of tickets and our secure server costs. We always try to keep these costs to an absolute minimum. If you feel at any time that our prices are not fair or competitive we'd be happy to hear from you.

If you have ordered physical paper tickets there is a further Delivery cost added to cover the delivery of your order through the Royal Mail network.

We always endeavour to keep these costs as low as possible to merely cover the costs of postage. We only charge you one Delivery cost per order so if there is a big group of you recommend purchasing larger amounts in one order.

When you purchase tickets through Level Tickets, the full face value of the ticket is shown. This price is the price set by the event promoter and we pay this full amount to the promoter without any deductions. 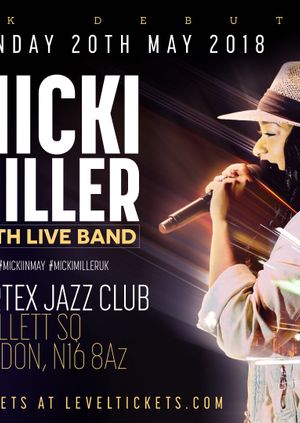 ArtisteHub.Net - Provides Artistes & Talent Services, Presents Events and Delivers Tours, is based in the UK with strong links in both the UK and Caribbean market.